Kimberly is a mother of three and grandmother of eight.  She started writing stories because her oldest granddaughter, MaKayla, wanted a story to illustrate.  She began by using pieces of stories told by her father about growing up on the farm in the early 1930's.  After she had written her first story, The Pea Patch, her husband, Tracy encouraged her to create a series of other stories like The Pea Patch.

Kimberly never planned to become a children's book author, but writing joined two things she loves most in the world; spending time with her grandchildren and telling others, especially children, about God. 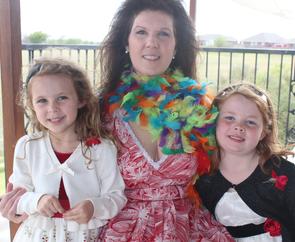